There is a now a case study on Weston College on the Excellence Gateway.

Through the development of a set of standards, Weston College has improved the quality of its Moodle virtual learning environment (VLE) course provision.

Weston College has had a VLE since 2003. In August 2007 it went live with Moodle as its preferred VLE, developed, hosted and supported in-house. In the first year of cross-college deployment, Moodle was well adopted without any particular pressure on staff to achieve specific targets. The new system, in comparison to its former VLE, was seen as intuitive and there was a general level of enthusiasm from staff to receive staff training. ILT enthusiasts were used as champions of the new VLE, developing and sharing good practice. A student and staff Resources User Group was established to feedback on the new VLE and guide its early development.

The VLE standards were devised to set a minimum expectation for online provision to ensure that all learners on full-time courses had a corresponding VLE course. The aim of the standards was to provide and facilitate exemplary course provision through dynamic materials and e-learning resources.

The standards are graded into three categories, which are:

Every course must be at Bronze standard and yearly targets are set for the achievement of Silver/Gold standard courses.

Last week I reflected on the JISC RSC SW Annual Conference and discussed Vicky Weavers’ session on VLE standards. As part of her presentation she showed a video clip showing interviews with staff and learners on the impact the improved use of the VLE was having.

Here is the whole video which has interviews with the A’Level History lecturer and learners on the impact of the improved VLE resources. 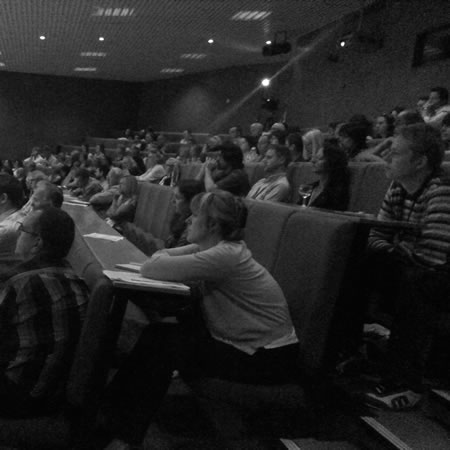 Last Thursday saw me venture down to the University of Exeter for the JISC RSC SW Annual Conference. I have been to all of the conferences and presented at many of them, keynoting at last year’s with David Sugden.

This year I was just a normal delegate, which was nice and different. I rarely go to conferences as just a delegate these days.

I also took the chance to try out just using my iPad as my main note taking, blogging and twittering device. It worked out just fine as you can read here and here. Following on from my earlier blog post on using the iPad at a conference I can see the iPad now replacing my laptop at these kinds of events. For longer events such as ALT-C or Handheld Learning I will take my laptop with me, but leave it in the hotel room so that I have use of it in the evening for video editing or audio editing.

I didn’t get much from the two opening keynotes, they were interesting, but didn’t in my mind inspire me to change my practice. Others though did find them more inspiring.

The opening keynote talked about the enterprise culture at the University of Plymouth and how it was changing what they did.

The second keynote was on Business and Community Engagement, which was by JISC.

The first session I attended was on Social Enterprise and how many business organisations now have a social motive over a profit motive.   The second session was from JISC TechDis on engaging with SMEs. Gloucestershire has a large number of SMEs compared to somewhere like Bristol and often they can not “afford” to send their staff on training and staff development. In an interesting discussion we looked at the issues and challenges facing SMEs in the South-West and how FE providers (and others learning providers) can engage them and use technology to meet these challenges and break down invalid assumptions. One of the key conclusions was that there are cultural barriers both in the SMEs and in learning providers that need to be broken down before we can really provide solutions.

After a good lunch and lots of networking, it was time for the afternoon sessions.

I (with a little reservation) attended the session on Second Life by Bex Ferriday from Cornwall College.

She gave a very entertaining and informative trip through Second Life, lessons learned and some really good ideas on how to use Second Life for teaching and learning. I liked the idea of how it can be used with some groups to break down barriers and enhance communication – and once Second Life goes browser based I think this could see much more use being made of Second Life.

I also liked the idea of the underwater art gallery that contains student art that couldn’t exist in real life.

After more tea, it was Vicky Weavers from Weston College and their VLE Bronze, Silver and Gold standards. In many ways their standards are similar in concept to the five stage VLE model I put forward in an earlier blog post. One aspect of their model I did like, was that you only gained the standard if learners actually used the VLE.

What I was also interested in was the implementation, the carrot and stick approach. Weston College like most had tried the softly softly approach with limited sucess. The enthusiasts had certainly used the VLE effectively, but the use was sporadic and whole areas were not using the VLE. The college did feel, from student feedback, that access to online resources and learning was a “student entitlement” and that provision of such was patchy and lacked consistency.

Some good ideas to take away.

I then popped to see the Futurelab demonstrations, some nice new technology there.

The final keynotes were on cloud computing, specifically Google Apps. I can see many FE Colleges moving over to Google Apps as a way of both enhancing student provision and saving money.

Overall a very information and interesting conference with lots of useful stuff to take away.

Okay so we coming up to lunch here at the RSC SW Summer Conference and I only have my iPad. Am I missing my laptop?

To be honest no.

I will say typing is a little more challenging depending on the room you are in. makes me realise I might need to get a case that allows me to slope the iPad for easier typing. Or I should have bought my Bluetooth keyboard as well ( though that would have meant more to carry).

It would be nice to have the camera adapter then I could easily upload photographs to the iPad. Having said that I guess I should have set up my Eye-Fi to wirelessly upload pictures to my iPad using the Eye-Fi App, though I am not sure if that is possible. Something to look into for the future.

Osfoora HD is working well as my Twitter client, but I have been using my iPhone to take some photographs and upload them through the iPhone Twitter App.

Working well and showed it off to a fair few people over coffee. 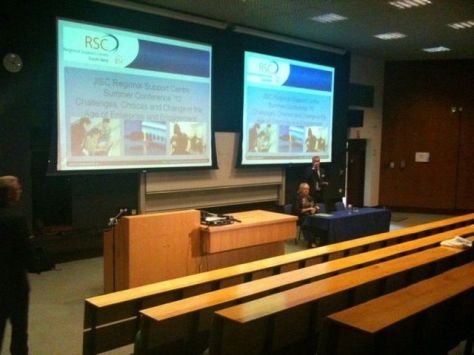 So after writing a post about using an iPad at a conference, here I am at the RSC SW Conference in Exeter and I have left my laptop back at home and I have only bought my iPad.

Will it work for the whole day?

Will I be able to use it to make notes, check URLs, Twitter and Blog?

What about wifi? Well I have bought my Google Nexus One with me with it’s portable wifi so hoping that will work if the wifi doesn’t. I also have the iPhone as a backup.

I am not presenting so that is one less thing to worry about, though I can present with the iPad as I have the VGA connector.

It will be interesting, more later…