Well it would seem that we Britons like our SMS text messages. At the last count we were sending one billion of them weekly!

Britons are now sending more than one billion text messages per week according to the latest figures from the Mobile Data Association (MDA).

Personally I am not a great fan of SMS in the main as I don’t like small phone keyboards, liked it when I could use it through my Mac OS X address book, but have generally either used the phone or e-mail.

The mobile phone company “3” has launched a new handset that allows you to make free Skype calls to other Skype users.

The BBC is reporting that:

Mobile phone provider 3 has launched a new handset that will allow users to make free calls over the internet via telephony service Skype. Users will also be able to use Skype’s instant messaging service, 3 said.

However unlike Skype users who can make cheap calls globally, 3 customers won’t be able to do this.

But while people using Skype on their computers are able to make cheap global calls to any phone number, this will not be possible via the new 3 handset.

It’s quite a dramatic move for a mobile phone provider, who generally try and block Skype or VOIP as it is a direct competitor to their core business.

Wonder how others will respond.

It would appear that the last mobile phone barcode I posted was not a QR code at all but a datamatrix code (thanks Roger). 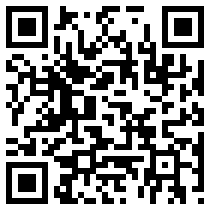 I am using the Kaywa reader software on my Nokia N73 to test the concept and it reads both the QR codes and the datamatrix codes really easily. I have done tests both on screen and printed.

Very clever concept and having showed a few people in college we think there are a lot of potential uses.

The current craze in Japan is for QR Codes that allow information to be sent to a mobile phone via the camera.

Simply put the information or link is encoded into a barcode type graphic.

You can make simple barcodes on the Nokia website, there are also links to various applications which can read these codes.