One day this may all change… 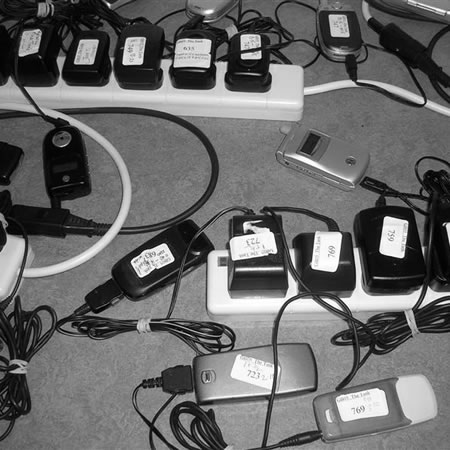 According to a report on the BBC News, there will be on day a standard charger for mobile phones.

A new mobile phone charger that will work with any handset has been approved by the International Telecommunication Union (ITU), a United Nations body.

What this will mean is that if you do run out of charge you should be able to borrow someone’s charger without worrying if it will fit your phone.

Of course one of the advantages of this is that if educational institutions want to provide charging points they don’t need to worry about trying to provide the multitude of chargers currently available.

So when is this going to happen… not for some time. It will be 2010 when the standard will appear on new phones, and after that it could take a few years as people replace their phones.

In the meantime educational institutions may want to consider secure charging points such as this.

Well with the way in which the phones of today can be used for learning from over the web to video and audio, the batteries just don’t last long enough.

I am now looking forward to the day when I can carry one charger for everything, not just my phones!

I think I may have just solved my battery issues.

Researchers have demonstrated a penny-sized “nuclear battery” that produces energy from the decay of radioisotopes.

As radioactive substances decay, they release charged particles that when properly harvested can create an electrical current.

Though I do think netbooks have a future (even if Intel don’t) however what computer do I carry around with me to meetings, events and conferences?

So is it just that I prefer OS X over Linux and Windows?

The main reason I don’t carry a netbook, is the battery life.

Now it is getting better than it was, but the three cell batteries most of the netbooks I have only last an hour or two, which isn’t good enough for a long train journey or a conference.

This is also an issue with learners having netbooks, they arrive at college at 9 am and most will be there until 4 or 5 pm. What’s the point of carrying a netbook, if well before lunch the battery has run out? Most colleges I am aware of, don’t allow non-college devices to be plugged in, so unless you have an enlightened institution with a sensible “personal applicance” policy, they won’t be able to charge up their netbook during the day.

So was quite pleased to hear from the Computex trade show via the BBC that:

some manufacturers are convinced cheap, low power computers with days of battery life are the future…

The new Tegra system has a lot of potential

Nvidia boss Jen-Hsun Huang claimed a Tegra system could play HD video for 10 hours, compared to 3 hours for a netbook powered by Intel’s rival Atom CPU, and an astonishing 25 days of MP3 playback, compared to 5 hours for current netbooks.

The key to embedding and transforming learning through the use of mobile technologies is dependent on many factors, decent battery life is certainly in there.

These new chips could make a difference.

I was recently asked why I carry so many mobile devices, usually I am carrying a phone (or two), a couple of iPods, a PDA (with Sat Nav) and almost always have a laptop or UMPC with me too.

Why you may ask?

Why indeed, especially as my usual phone, the Nokia N95, is a phone, does SMS, can play music, play video, has GPS and can access the web over 3G or wifi.

The reason is battery life. 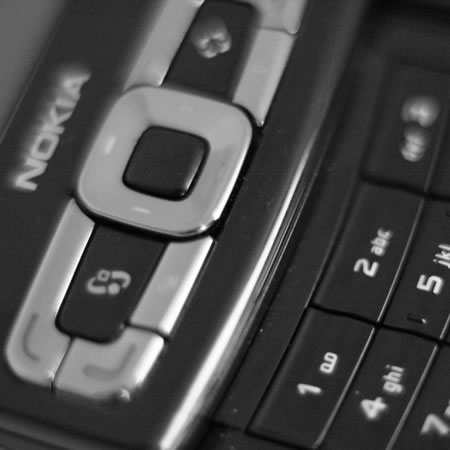 If I use my Nokia N95 like that the battery will only last about three hours!

One of the banes of my life is battery life, especially of mobile devices.

The same can be said for other devices I carry, but if I spread the load then I can get through the day without worrying about something running out of charge or not been able to communicate or get information.

Even though battery technology has improved over the years, part of the problem is that the way in which we use technologies has changed as well. Ten years ago my phone was a phone and that was all that it did. Now my phone is much more and can do a lot more, as a result the demand on the battery is much higher than it was back then.

Some people will wallow in nostalgia about their Psion or Palm device which used AA batteries and would last a month. Well that is all very well, but most of those devices had black and white screens, did not do web or e-mail (let alone IM or Twitter), nor did they do audio or video.

So what do I do then?

Well with my laptop I carry a spare battery (this is the reason why I don’t have a MacBook Air (as well as the price)); with my UMPC, the Samsung Q1 I have a powerpack which gives me another nine hours of battery life; I have car chargers in the car for multiple devices and I almost always carry a six way gang to conferences and events!

I was also interested to read this article on MacWorld about a new technology which means I would only need to charge my device once a month!

Mobile computing devices that need charging once a day would need it just once a month, with a new type of chip that uses a thirtieth of the power of conventional chips and is seven times faster by virtue of underlying logic that embraces error in its calculations.

So I will need to continue to carry chargers (why do that all have to be different), carry spare batteries and my trusty six way gang.

I have always liked the Sony VAIO UX1XN.

I have always been disappointed with the battery life. My original intention was to use the UX1XN as my main conference computer, my first attempt was at the JISC digitisation conference in Cardiff back in 2007.

It’s small enough to be unintrusive, unlike a laptop which can be a bit of a barrier, it has two cameras which enable me to send images to Flickr or take short video clips, and the keyboard is usable unlike the fiddly mobile phone type split keyboard of the Q1 Ultra. You can also use it without needing to put it on the table or on your lap which makes it ideal in the conference hall or break-out room environment.

However as I said at the beginning the battery life is the downer, I only really get about an hour and half from it, and this means that it won’t last the day at a conference.

So recently I ordered the extended battery for it, which should make it usable and hopefully last the day at a meeting or a conference.

I have therefore been practicing using the keyboard, which is quite thumbs orientated, and have managed to get a reasonable speed using it.

I wouldn’t want to write a long blog entry (like this one) on it, but for entering URLs or posting tweets or jaiku postings, I think it will work just fine.

Now of course what works well in the conference means that it would work equally well in the classroom or lecture theatre or workshop as a communication tool for learners.

still, generally you would need to get another UMPC if you were going to provide them to learners.