So there you are creating a presentation, learning resources, handouts, learning objects, handouts…

Now in those is there any stuff, such as text, images, audio, video that you didn’t create, have “taken” from somewhere else (such as a website).

Did you think it was okay, as it was “for education” and it’s not as though you took it, you merely made a digital copy.

Now I am not of the ilk that making copies or using other people’s digital content is stealing, however I do believe we should respect the wishes of content creators.

Personally I think we as teachers and educators should be setting examples to our learners. We should be seen as role models, that learners can look up to and respect.

As soon as we decide that there are laws we shouldn’t adhere to, what are we saying to learners; that some laws are okay to be broken. Then the question has to be asked, which laws should we obey and which should we ignore. The problem with that approach is that not everyone thinks the same.

Also learners may think that “as my teacher has downloaded video from the web, it must be okay for me to download video”. Even if you feel file sharing is no big deal, how do you think the parents of a learner getting a fine, an injunction, or their internet cut off; because they were “caught” downloading illegal copies of films and TV shows.

Part of the issue is that a lot of teachers are ignorant of the law or the terms of use of various websites. They are unaware of what is allowed and what isn’t.

A prime example is YouTube. In many schools YouTube is blocked for a variety of reasons, however many teachers wish to use videos from YouTube. So they use a YouTube video download service to download the YouTube video as an FLV or an MP4 file. This file can then be played in school. From reading on Twitter most people and teachers think this is fine, as it’s “not really copying” or “it’s for education” or “if tools are available on trh web then it must be okay!”

You agree not to access User Videos (as defined below) for any reason other than your personal, non-commercial use solely as intended through and permitted by the normal functionality of the Services, and solely for Streaming. “Streaming” means a contemporaneous digital transmission of the material by YouTube via the Internet to a user operated Internet enabled device in such a manner that the data is intended for real-time viewing and not intended to be downloaded (either permanently or temporarily), copied, stored, or redistributed by the user.

The Terms of Use are quite clear, you can only stream the video and you can’t download the video.

What could happen if everyone downloads videos from YouTube is that content providers would no longer use it and would use their own system or no system at all. Just because you have the tools, and technically you can, doesn’t mean you can and should.

Another reason, your college or school management have placed the block on YouTube, by downloading the video and showing it in class, you are circumventing the block and therfore you could be in breach of your institutional AUP and internet policy, which could be a case of misconduct or breach of contract.

It should also be noted that not all videos uploaded to YouTube are legitimate and showing the video could result in legal action.

All this for just one “innocent” activity, no wonder people get confused.

But as well as not knowing what isn’t allowed, many teachers also aren’t aware of what is allowed.

For example can you show a pre-recorded DVD in the classroom? In other words a DVD which has been rented from a video store, or a DVD purchased from a retail store? Most DVDs have a disclaimer at the beginning (or the end) which explicitly says that the video can not be shown in schools, colleges, prisons, hospitals, etc…. 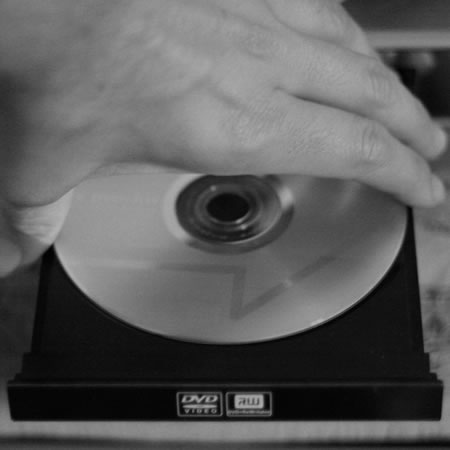 Under the Copyright Act, you can show a DVD in a classroom for the purposes of instruction without needing an additional licence.
If it is for entertainment purposes then you do need a public performance licence.

Part of the misunderstanding arises as generally when you play a DVD you get this huge legal message indicating that your DVD is for personal use only and can not be played on oil rigs, in prisons, schools and colleges.

Part of the misunderstanding arises as generally when you play a DVD you get this huge legal message indicating that your DVD is for personal use only and can not be played on oil rigs, in prisons, schools and colleges.

That is partly true for the purposes of entertainment and you would need to purchase a licence to show a DVD for that purpose.
However for informational and instruction (ie for educational reasons) it is possible to show that DVD in a classroom.

Teachers and lecturers have a statuory right (it is enshrined in law, the Copyright Act to be precise).

From the Government Intellectual Property Office.

“Performing, playing or showing copyright works in a school, university or other educational establishment for educational purposes.  However, only teachers, pupils and others directly connected with the activities (does not generally include parents) of the establishment are in the audience.  Examples of this are showing a video for English or drama lessons and the teaching of music.  It is unlikely to include the playing of a video during a wet playtime purely to amuse the children.”

“A copyright licence is required to screen films in educational institutions under the Copyright, Designs and Patents Act 1988 (UK), if the film is being screened for entertainment purposes rather than for the purposes of instruction or as part of the lesson.”

So could you rip that DVD and put it on a laptop or on the VLE?

Ripping a DVD would be in breach of the EU Copyright Directive which “prohibits circumvention of copy protection measures“. So ripping the DVD is a criminal offence.

This blog entry was inspired by a blog post by Simon Finch. He writes about society and using stuff, he makes an interesting observation towards the end of his post:

Web 2.0, and the rest, is making us a world of creators and publishers. We’re uploading pictures, music, videos, Flash activities, personal writing, presentations, teaching resources and more – and so are our learners. That image that you’ve found, is just the thing to add value and impact to the learning activity for that needy class of yours. But that image doesn’t belong to an international image company – no, it belongs to someone like you..

So how do we change things?

Most people I know think that 33mph in a 30mph zone is okay, a few people think 40mph is okay, a smaller number think that 50mph is not over the top…. the reality is that less than 30mph is best. Not because I think so, but because society thinks so.

I also agree with Simon when he says:

Yet the real point is this; we must teach our learners to value IPR. It is simply wrong to take without asking. It is wrong to pass what’s not yours, as your own. We need to instill respect for one and other – that is our priority.

I don’t even think it’s all about money – it’s about acknowledging people’s value.

At the end of the day, my solution is to stop using “borrowed” third party content and start using content that I am allowed to use. As a teacher in the 1990s I did right click, now I use Flickr for creative commons licensed images.

The thing is that there are now lots of legal solutions to many of the copyright problems that teachers face, we can provide learners with content which is legal. Those of us who support learners need to provide solutions, not barriers to teachers. Teachers also need to be more creative and willing to compromise. Finally rights holders need to also be more creative in allowing people to use their content in creative and educational ways and allowing it to be used legally.

51 thoughts on “Are you stealing stuff?”