Mashable reports on an interesting statistic that 60% of new Twitter users quit after the first month.

But like many social networks, it seems many people lose steam with the service. Stat tracking firm Nielsen reports today that a full 60% of users who sign up fail to return the following month. And in the 12 months “pre-Oprah”, retention rates were even lower: only 30% returned the next month. That’s good news, to some degree: retention rates have increased over time.

I am sure that a lot of these quitter are people who don’t yet “get Twitter“, but I do wonder though how the factors I mentioned earlier this week may be causing the reported lower retention rate compared to Facebook and MySpace.

Compare it to the two heavily-touted behemoths of social networking when they were just starting out…we found that even when Facebook and MySpace were emerging networks like Twitter is now, their retention rates were twice as high.

Steve Wheeler in his blog also talks about the demise of Twitter and brings in the celebrity issues (one issue I didn’t cover in my original blog article). In that article he says he has closed his Bebo account and nearly closed his Facebook account. I never had a Bebo account, and here in my college, the use by students has fallen dramatically, most learners these days appear to be using Facebook. I now rarely use Facebook, generally as all I ever see in there are updates from peoples’ Twitter status updates.

Twitter is not the easiest social networking site to explain to people, looking at it, you can’t get it, even trying it out doesn’t mean you’ll get it either. Generally you need to try it for a fair while before you appreciate the benefits it brings in terms of networking, communication, the conversation and not forgetting the coffee. 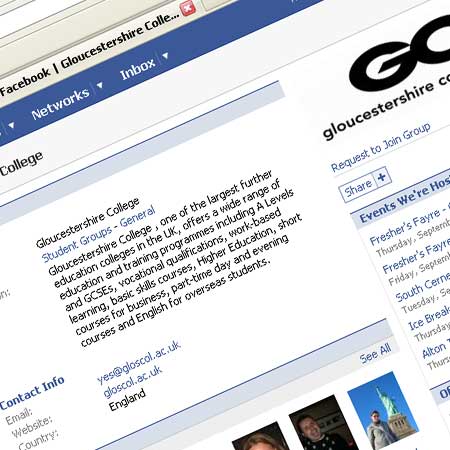 According to a report, if you’re not then you could be missing out.

Teachers and lecturers are getting the lowdown on how to use social networking sites such as Facebook and Bebo in an educational way.

Most schools and colleges in the UK block access to the websites but they are missing out on their potential for education, a government-funded guide says.

Have a look at the full report.

Those of you who read my blog will know that I am not a great fan of facebook, the more useful and serious sides of the social networking sites seem to be overshadowed by users throwing zombies and playing games. Though it should be noted that a huge number of people are on Facebook and using Facebook. In respect to Bebo, the same picture can be seen though more often it is the younger learner who is using Bebo.

BBC reports on how more than 25% of children between eight and eleven actively use social networking websites.

More than a quarter of eight to 11-year-olds in the UK have a profile on a social network, research shows.

Most sites, such as Bebo, MySpace and Facebook, set a minimum age of between 13 and 14 to create a profile but none actively enforce the age limit.

Regardless of the rights and wrongs of this, by the time these children come to College or onto University, they will have been using and immersed into the world of social networking – unlikely I expect that they will be using Facebook or Bebo as who remembers Friendster?

However that they will be use to the concept of communicating socially online. I would also expect that they will also start to use these environments for working together on learning activities as well.

Obviously there are issues with putting personal and embarrassing information online as institutions and employers also have access to these sites and Google, but it would be a shame to focus on the negative aspects of these sites and forget the potential that these places have for learners to interact and engage with each other – in the same way they already do engage collaboratively for learning in the physical social areas within our institutions.

As I write this I am sitting in the cafe area of my college and there are learners here drinking coffee and talking, I know some are talking about non-learning stuff, but there are others who are talking and discussing what they just did or what they need to do.