She discusses the community of Twitter and the reasons why she follows certain people.

Made me think about why I follow people, so I decided to reflect on the last ten people I followed and tried to remember the reasons why I followed them.

Helen Beetham – I have known Helen for many years through the work she has done for the JISC, and we even presented an online session together at the JISC Online Conference in 2007. I recently found (through someone else I follow) that she was on Twitter and decided to follow her.

Duncan Greenhill – was the 500th person to follow me, so I followed him back. I don’t automatically follow everyone who follows me, but will look at what they tweet before clicking the follow button. More recently I have been more reserved in following people who follow me, as I follow quite a few people now, 234 at the time of writing and like to be in control of my Twitter stream. The number of people is irrelevant it’s much more about how often they tweet that impacts on my Twitter stream.

Doug Belshaw – I found his tweets interesting, and “discovered” him via Josie Fraser in this tweet. In his stream he mentioned the Macheist deal which I had just purchased so I decided to reply and follow.

David Kernohan – is a JISC programme manager and was interested in what he had to say and was doing.

Neil Williams – was found via Steph Gray in this tweet. Neil was asking the following question:

What web 2.0 apps have you paid for and why? I’m writing a short blog post about it, and will blog the results.

I replied as follows:

Paid for Flickr, RTM (for iPhone), WordPress (for video), Gabcast.

Danny Nicholson – I followed as he replied direct to one of my Twitpics. I believe he was already following me, but as he had started a conversation, I decided to follow him. This is quite a key decision for me if I am to follow someone, do they want to talk and discuss.

John Cook – is someone I have worked with in the past and enjoy talking to at conferences about e-learning and stuff. When I found out he was on Twitter and following me,  I chose to follow him back.

Chuggington – Chuggington is a children’s TV series about trains, I mentioned it in a tweet, as a result Chuggington started to follow me. I followed them back as they are tweeting news about the programme and I know my son would be interested in what’s new. 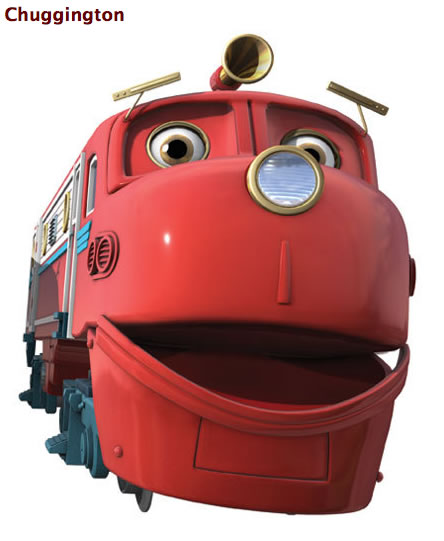 John Kirriemuir – Shri Footring amongst others were often in conversation with John so he got followed just because of their recommendation.

Ron Mitchell – I usually micro-blog with Ron on Jaiku, but with the ongoing issues on there, as soon as I noticed that he was following me on Twitter I followed him back.